Do you think Marmoleum is simply the coolest floor in the world?

Well guess what? Finally… a home on the web for those folks that are just a few synapse connections short of genius. Nerd, tree-hugger, independent thinker, early adopter… whatever you want to call yourself… Welcome to the Marmoleum Click Clique! 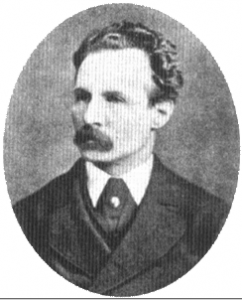 The first and original linoleum was, the story goes,  invented by Frederick Walton. It seems that back in the 1800’s there was a batch of unused oil paint that was left around in the shop and a bunch of things got thrown in the pail with it by accident and had a chance to congeal and dry out over a period of weeks. What ended up formulating was a pliable and resilient material that was quite tough and remarkably beautiful. Walton ended up in a great deal of controversy over patents and trademarks and the hub-bub over linoleum in the 1800’s must have made for great entertainment.

For all you conspiracy theorists out there, we have another remarkable but seemingly plausible tale that linoleum was in fact invented by Albert Marmoleumstein, who incredibly bore a remarkable resemblance to his long lost cousin Albert Einstein. Marmoleumstein presumably worked for many, many years on his theory of Marmotivity, which, simply put for the layperson, stated that you can not make anything good by using crappy petrochemicals. It was a long running feud between Marmoleumstein and Walton about who was the true inventor of linoleum. Unfortunately, the battle between the two was so protracted and vicious that neither one was in fact ultimately awarded a patent and the process and the formula became part of the public domain, ultimately allowing scores of companies to establish production of linoleum.

If you are with me up until now then clearly you are not suffering from attention deficit and can accept a little more information on the matter which is that back in the 1800’s it was very likely in the era of sailing ships that much of the world’s highest quality and most durable cloth was put into service in the navies of the world as sail cloth. Ultimately, when ships came back to port to be re-fitted there was a mountain of old “sail-cloth” that typically was saturated with oils to give it more life out in the elements. Sail cloth was also used as a form of early floor covering that was more cleanable and sanitary than a woven cloth rug. To make this cloth more durable for foot traffice and cleaning, drying oils like walnut, linseed and hemp oil were used extensively as a coating. It makes sense that the idea of patenting this would be like trying to patent peanut butter and jelly today. We are accepting fully that the noble Walton played a very important part in commercializing, standardizing and beautifying the concept of oil soaked floor-cloth and without him, we doubt linoleum would be turning the bend toward it’s 200th birthday….but for the folks that knew Marmoleumstein…. he was no Marmoleumstein.

If you have made it to this point, you clearly belong here at the Marmoleum Clique. Please register as a subscriber if you think the entire world is broken and you think news and comedy are one and the same and that the only information you can trust is available on late night TV. Insulted? Come on…lighten up a little. We are really here to talk about flooring that is safe, healthy and doesn’t impact the earth or our future generations in a negative way….like politicians….there we go again.

PS: If you can not have the history you want, make it up just like in the hsitory books!